VicRoads said that many “locations between Traralgon and Longwarry in Gippsland involved the ‘complete removal’ of all trees within median strips between traffic lanes.” From http://www.latrobevalleyexpress.com.au/story/219410/roadside-hazards-cut/ 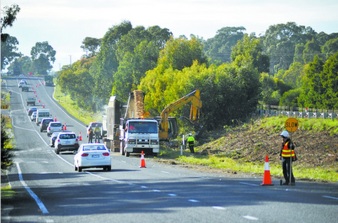 Quotes from the article, now becoming all-too-familiar around Victoria. Something must be done to rein in VicRoads’ enthusiasm for destruction of our natural heritage.